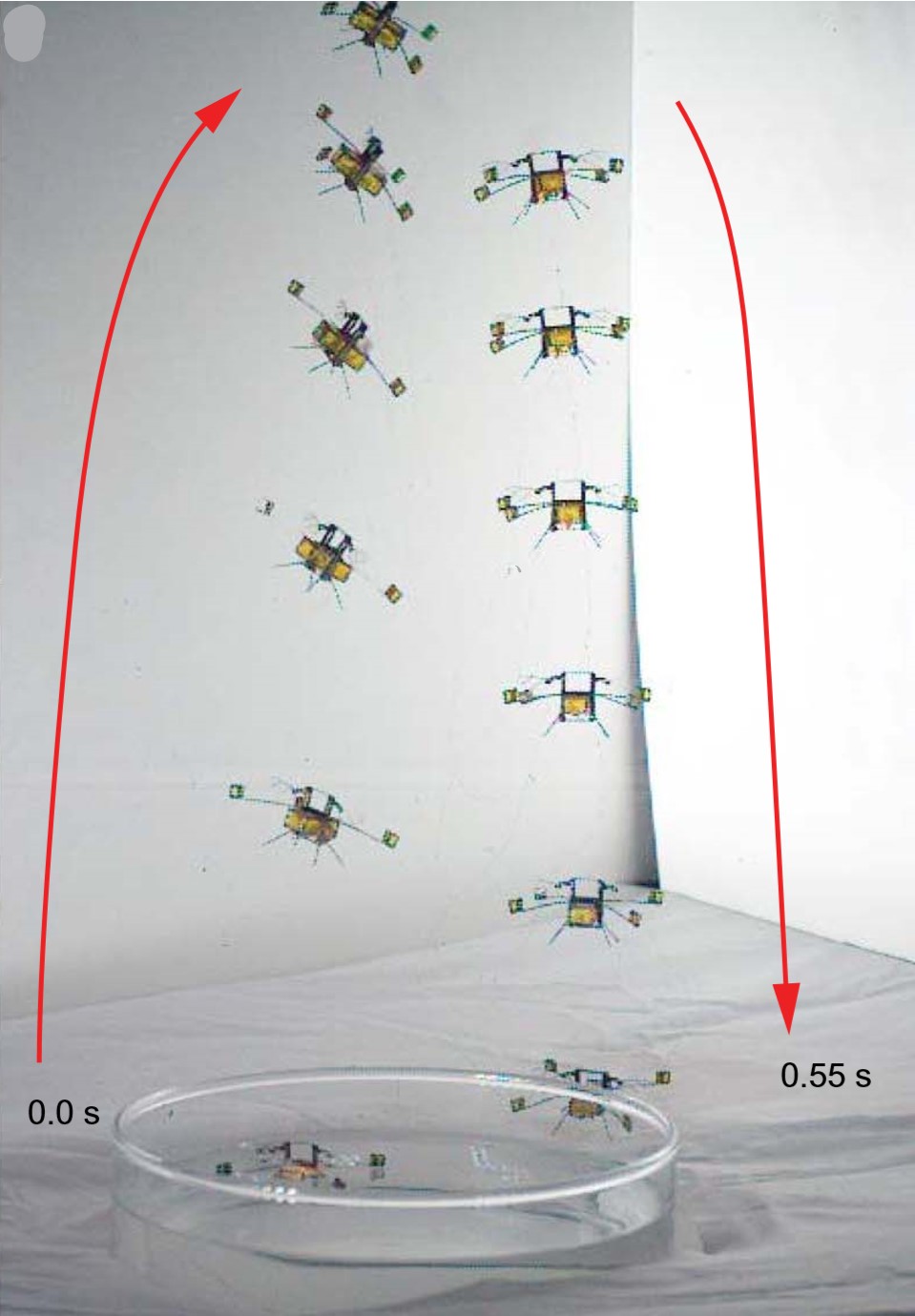 The Aquatic Jump-glider reliably exits through the use of water-reactive fuel as a combustion source in order to create a powerful water jet and reach flight speeds. Generating up to 20x its weight in trust, the robot rapidly transitions from the water to the air before gliding to the target destination. The robot has demonstrated multiple consecutive jumps using a single container of calcium carbide. The chemical leverages the surrounding environment (i.e.water) to create acetylene which fills the partially submerged combustion chamber. An electric arc triggers the combustion to generate the pressure. The proposed platform was built and extensively tested both in the lab and in an outdoor flight zone. The results were published in Science Robotics (Septembre 2019) and was received with great enthusiasm by the robotics community as well as the general public. It was cited by 37 media outlets in 6 languages and on television. In addition, the testing of the robot relied on a launch system that allows a flying vehicle to reach flight speeds. This launch system was demonstrated with great success at the Science Museum of London during the museum “Lates” event during a flying paper plane interactive event.

Take-off of the Aquatic Jump-glider in an outdoor pond. The jet visible behind the robot propels it at up to 20G.

Despite signiﬁcant research progress on small scale aerial-aquatic robots, most existing prototypes are still constrained by short operation times and limited performance in different fluids. The main challenge is to design a vehicle that satisfies the partially conflicting design requirements for aerial and aquatic operation. In this paper we present a new class of aerial-aquatic robot, the Sailing Micro Air Vehicle, ‘SailMAV’. Thanks to a three-part folding wing design, the SailMAV is capable of both flying and sailing.The robot design permits long and targeted missions at the water interface by leveraging the wind as movement vector. It simultaneously offers the flexibility of flight for rapidly reaching a designated area, overcoming obstacles and moving from one body of water to another, which can be very useful for water sampling in areas with many obstacles. With a total wingspan of 0.96 m, the SailMAV employs the same wing and actuation surfaces for sailing as for flying. It is capable of water surface locomotion as well as take-off and flight at a cruising speed of 10.8 ms−1. The main contributions of this paper are (i) new solutions to the challenges of combined aerial and aquatic locomotion, (ii) the design of a novel hybrid concept, (iii) the development of the required control laws, and (iv) the demonstration of the vehicle successfully sailing and taking off from the water.The presented work can inform the design of hybrid vehicles that adapt their morphology to move effectively. 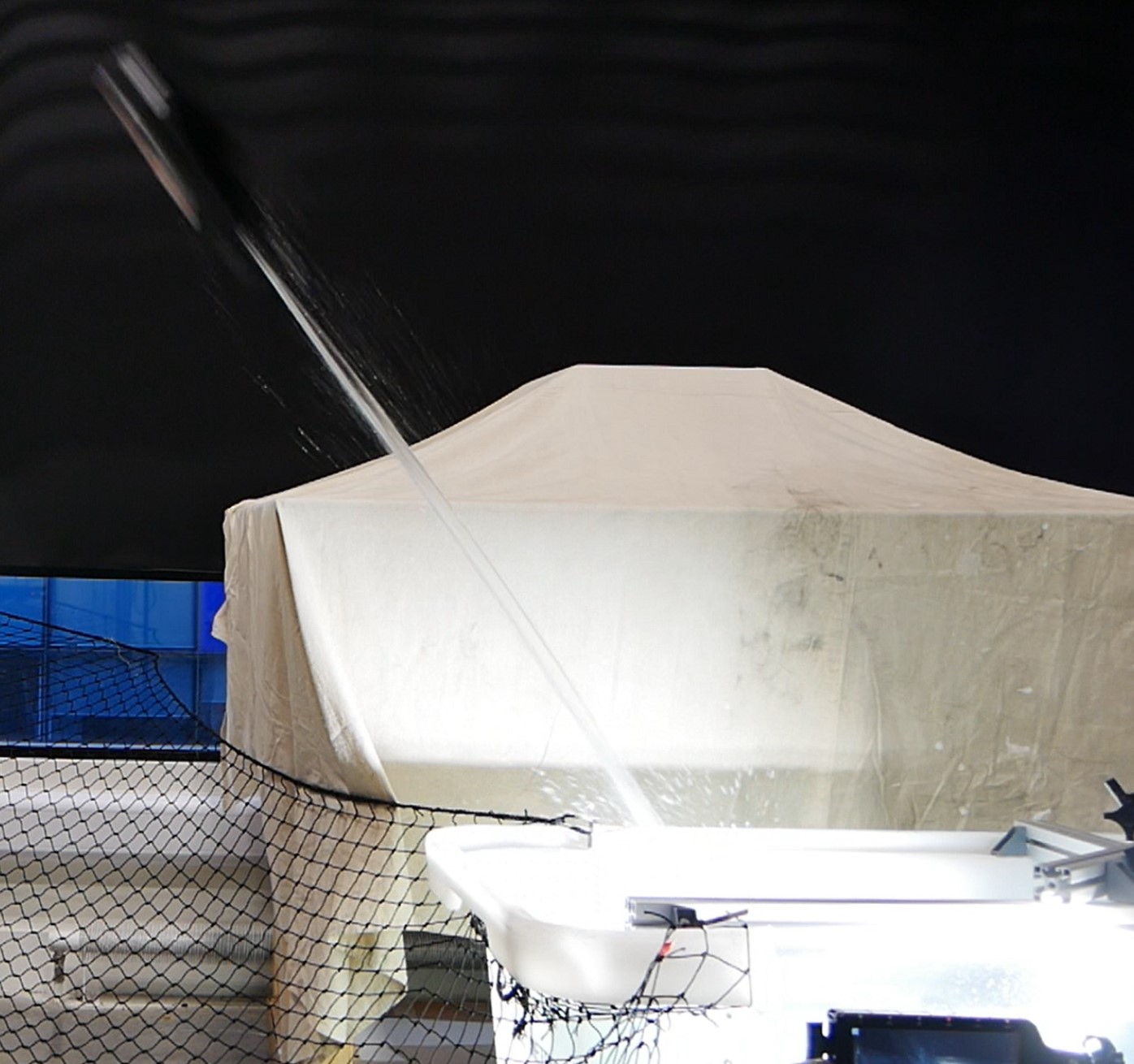 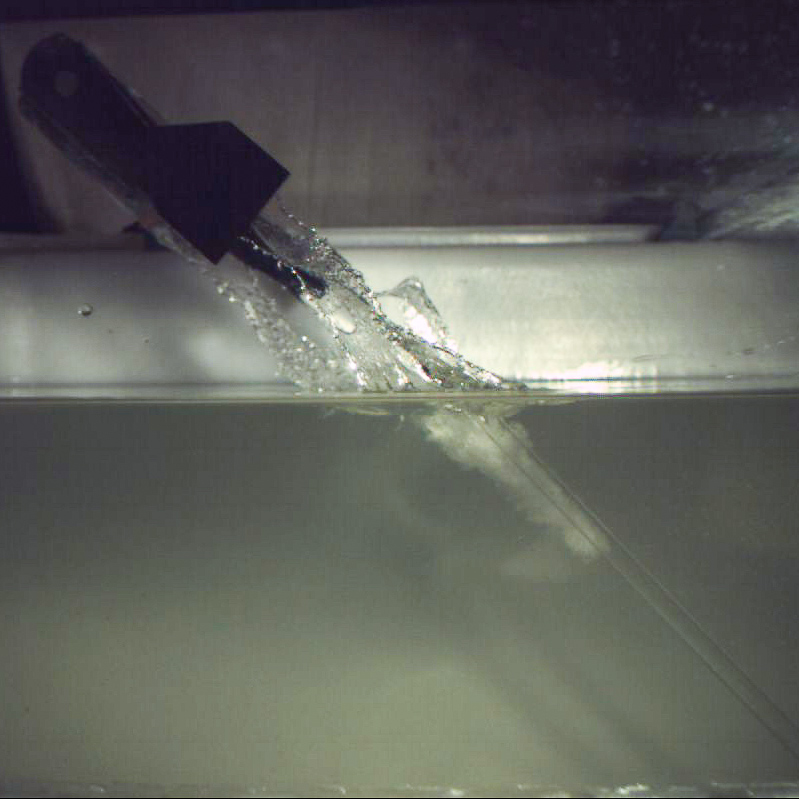 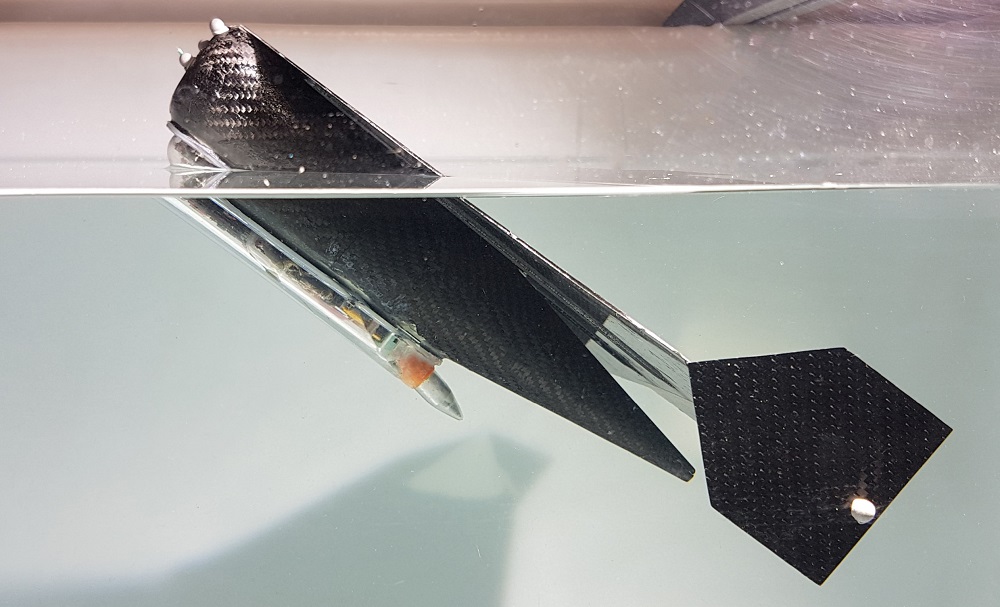